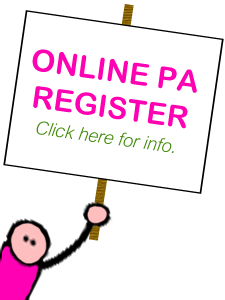 In February I met Jessie.  Jessie told me about how she used to have an active life, she had physically demanding job and she was raising her two kids. She was a carer and she also volunteered for St Johns Ambulance. This showed me how caring and kind Jessie is, but at this point she couldn’t see this. At first Jessie could only see the things she thought were wrong with her. Due to her health conditions she had to give up her job and ended up spending most of her time in her home which wasn’t suitable for her wheelchair. Jessie would refer to herself as wearing a mask to cover up how she really felt.

We met three times before Jessie spent some time in hospital. Whilst she was in hospital it was decided that Jessie would go into a placement as her home wasn’t a suitable place for her to be. I visited Jessie in hospital and continued to speak to her on a daily basis on the phone. Even though Jessie wasn’t in the right place at that moment in time to think about moving forward, I still wanted her to know I was there and ready for when she was. I wanted Jessie to know she wasn’t on her own and that she had someone alongside her.

Soon after this Jessie was discharged home due to the Coronavirus situation, Jessie didn’t feel ready for this, so we upped our phone calls to sometimes 3 times a day. We would Facetime occasionally, and we even played online games together to keep her mind focused. We changed my support to whatever she needed at that time, it was completely Jessie led.

Throughout Lockdown Jessie had 5 more instances in hospital, each time she came home we would debrief about it, we would talk about what could have happened differently and what she could do for herself. From this Jessie came up with fantastic ideas on how to cope, she created herself an emergency box filled with all the things she enjoys doing. She created a list of contacts she could speak to and when they were available. We continued to chat on the phone about how she feels and what she wants to aim for. Jessie found it difficult to know what she wanted and couldn’t plan for anything further than hour by hour.

Slowly Jessie started to change the way she thought about things. Jessie said to me once that she still didn’t feel like she had been a mum but then she corrected herself, she said actually I have been doing some things without realising. We talked about the big progression she made, even just correcting herself let alone the bits she had done. Jessie said she felt like she had progressed over the last couple of weeks.

Jessie started to understand that she was responsible for her happiness and taking control. This was the start of Jessie’s behaviour changes. Sometimes this was scary and naturally some barriers would go up or she would have times of self-doubt. Each time we would talk about it and it was always left up to her on how she wanted to proceed.

Jessie made a brave decision to change her life, in her opinion for the better and she did all this whilst I was on annual leave. Jessie had the belief in herself and took the steps she needed to take control of her life. When I came back from leave, it was like Jessie was a completely different person. She told me she was proud of herself for what she had done but said she did this because she knew she had support behind her.

By this time Lockdown was easing and we were able to meet, Jessie told me her mask had gone.

Jessie has now started to do exercises around the house which has built up her walking. She said she is now able to look to the future and feels positive. Jessie speaks about taking control of her medical appointments and not missing one.

Jessie would not have made these changes if I told her to, she needed to come to this decision on her own, in her own time. I walked alongside Jessie, I didn’t fix anything or do anything for her.